Please click here to check who's online and chat with them.

Clear All Selection
Browse raspberry suppliers by country and region. 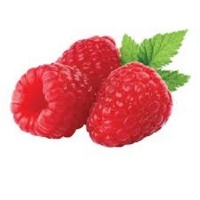 It is believed the Raspberry originated in Greece. From there it spread to Italy, England, the Netherlands and later to the United States and Chile. In Spain there are producing areas Huelva, Asturias, CÃ¡ceres and the Maresme area in Barcelona. Raspberries have a conical or round shape. Small in size (its base is between 15 and 20 millimeters in diameter). It is formed by many granites of velvety textured balls grouped very close to each other. The color of the Raspberry varies depending on the particular variety. Its texture is soft. The pulp is juicy and has a bittersweet taste. It is very aromatic. Inside it contains a multitude of tiny seeds. Our Raspberries are sourced from growers in Russia, Poland and Serbia.

Supplier Of Raspberry   Other Type Of Berries